The Scent of Eucalyptus by John Dillon

Wonderfully observed. Ethiopia … as landscape and history, is solidly ‘there’.  – Seamus Heaney

A gem of a book … thematically reminiscent of Waugh’s Brideshead Revisited – Sophie Grenham, The Gloss

Set in Ethiopia in the early 1960s, this debut work of fiction from John Dillion is both a roguish coming of age novel and a snapshot of a world on the cusp of change. Luke La Touche, a young Irishman of Huguenot heritage, is loath to settle down immediately after his graduation from Oxford. Instead, he heads for Africa as a teacher to seek “new experiences” and a reprieve from the anxieties of Cold War Britain. In Addis Ababa, Luke’s influential cousin James provides introductions to the ex-pat colonial social set. Luke is intrigued and drawn into the more dangerous world of the flamboyant Yohannis, his former fellow-student from Oxford. The Ethiopian aristocrat is part of an emerging new generation seeking to make changes across Africa. This encounter will change Luke’s life forever.

Elsewhere, he sows some proverbial wild oats in the company of the rambunctious, hard drinking Simon and plays Jazz in a local club.  He finds sex with the beautiful Berhane and love (maybe) with the very modern Caroline – after all, it is the 1960s!  And throughout the book, in vivid detail, Luke explores Ethiopia.

Nobel Prize Winner Seamus Heaney has said of The Scent of Eucalyptus that, “the cast of characters – the denizens of the local scene – are wonderfully observed. Ethiopia … as landscape and history, is solidly ‘there’”.   This fully revised, second edition features an insightful foreword by writer and literary editor Ronan Sheehan. 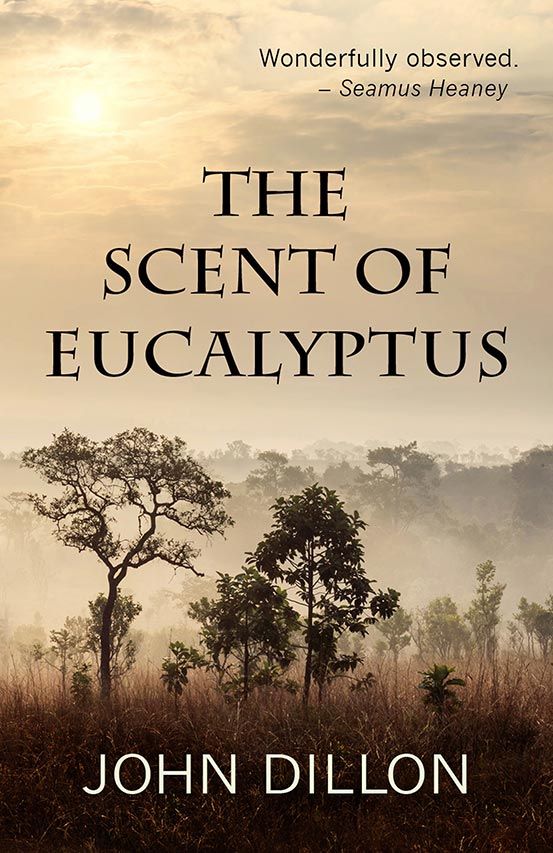 The Scent of Eucalyptus ​ is available as a paperback and ebook from most international bookshop websites, see:

Ask in person for a copy at your local bookshop, which will get it for you by special order through Gardners suppliers, or request a special, signed edition directly from the author by writing to:  books@katouniapress.com