Review: The Scent of Eucalyptus 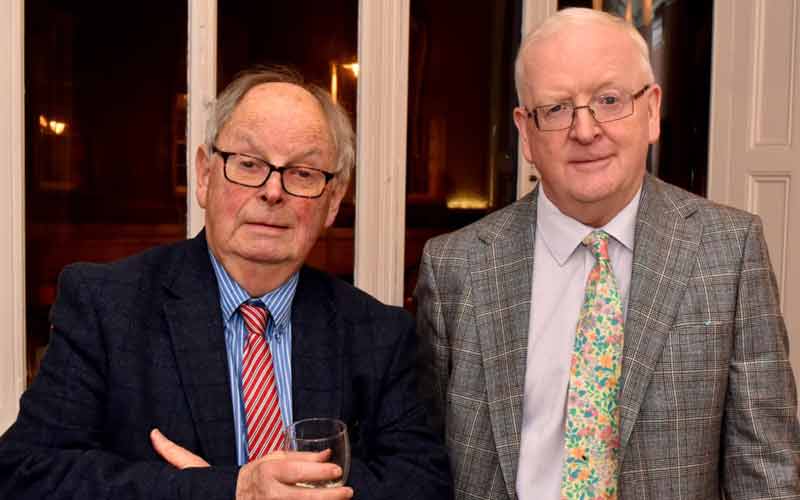 TRINITY College Dublin academic John Dillon has penned ‘The Scent of Eucalyptus’, and the first question to ask and answer is can this first novel be taken to bed with you?

The answer and delightfully so is a resounding yes, and the book gallops along from the moment the plane carrying the main character, Luke La Touche all the way from Oxford, England touches down in the Ethiopian capital of Addis Ababa, where the young Irishman begins his teaching career in a privileged English school.

Luke is carried along in tumultuous times of political unrest and upheaval, but rather than being in the present day it is set during the 1960s and the reign of Haile Selassie I who was a fine Emperor, as long as you agreed with his policies. The young, newly minted Oxonian is swept up in the upheavals of the time through his academic connection with a former classmate and member of the Royal Family, and by an expatriate he comes to know who is much more of the hedonistic type than Luke ever was.

Most surprising in this novel is the talent John Dillon has shown in crafting his first novel; written many years ago originally as memoirs it seamlessly converts to a tale of fiction filled with all the sex, danger and life-changing moments that a young man on the cusp of responsible adulthood could wish for. The wonders of Addis Ababa and of Ethiopia are beautifully brought to life in the scent of eucalyptus, the odour of the dusty air redolent of the African heat, animal and human waste all while the young teacher must entice his international cadre of students to accomplish their
requirements.

While Dillon manages the technical craft with aplomb it is the skill in which he tells the tale of Luke that makes this book almost impossible to put down, even to turn out the light for the night.

“University professors can of course, write novels and this book shows that it can be done,” said Professor Brian McGing, a TCD Emeritus colleague of the author’s who officially launched the new novel recently at Books Upstairs in Dublin, Ireland. “John has the extraordinary and rare gift of being able to explain very complicated ideas in very clear and simple English. With that great skill and a mind fizzing with ideas you would be very unwise to do anything other than read John’s novel and I think you will enjoy it as I certainly have. It tells a good story and it tells it well.”

The late Irish Nobel Prize winner, Seamus Heaney said of the book that “the cast of characters, the denizens of the local scene are wonderfully observed” and that “Ethiopia as landscape and history is solidly ‘there’,” in this fully revised new edition featuring an insightful foreword by the Irish novelist and former Secretary of the Irish Writers’ Co-operative, Ronan Sheehan.

“On its face, the book is a simply conceived and lucidly executed novel about growing up which might afford little to distinguish it from others in the genre,” wrote Ronan Sheehan. “Yet it is transformed by the hard philosophical gaze which informs the story; one which asks questions about the nature of truth, falsity, friendship and society in a way that engages the reader without putting them off through overblown philosophical language. If Luke’s relationships were based upon illusions, is Ethiopia an illusion too? If they are illusory, where is the reality for Luke to inhabit?

Published just last November by 451Editions, ‘The Scent of Eucalyptus’ is on sale for €15.95  from all good bookshops by special order, and online from major book sales outlets in paperback and eBook formats.  See more at: <a href=”https://www.451Editions.com”>451 Editions.</a>