Platonic Thought of the Week 11 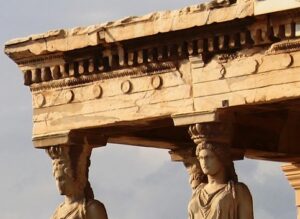 . . . what if we were to learn the speech-writer’s skill; is this the one we need to acquire if we are to be blessed?

I don’t think so, Cleinias objected.

On what evidence? said I.

I think that you are giving sufficient evidence, said I, that the skill of the speech-makers is not the one whose acquisition would result in blessedness. And yet, I thought that the very knowledge we have been seeking all along was somehow going to make an appearance at this stage. The fact is that whenever I associate with these men who compose speeches, Cleinias, they seem extremely wise to me, and this skill of theirs seems superhuman and sublime. And indeed, this is no surprise, for it is a portion of the enchanters’ skill, but a little inferior thereto. For the skill of the enchanters consists in charming snakes, spiders and scorpions, wild creatures in general, and diseases too, while the speech-makers’ skill involves charming and persuading jurors, assembly members, and large gatherings in general, or do you think otherwise? I asked.

No, he replied, the situation, as I see it, is just as you are describing it.