Launch of PS Look out for snakes: Gallery

The Launch of PS Look out for snakes at Books Upstairs, Dublin :
Photos by Kim Mullahey, @Pynck.com

In a wonderful feature on Pynck Magazine this week, photographer and journalist Kim Mullahey covers the launch of P.S. Look out for snakes at MOLI in Dublin. Click here, to read it live on Pynck.com or scroll down for full text. Photos in the gallery below, by Kim Mullahey, appear courtesy of Pynck.com.

Photo on right:  Author Miriam Farrell Shtaierman, at her home in Israel.

to view the gallery below, click on the first image and then the arrows 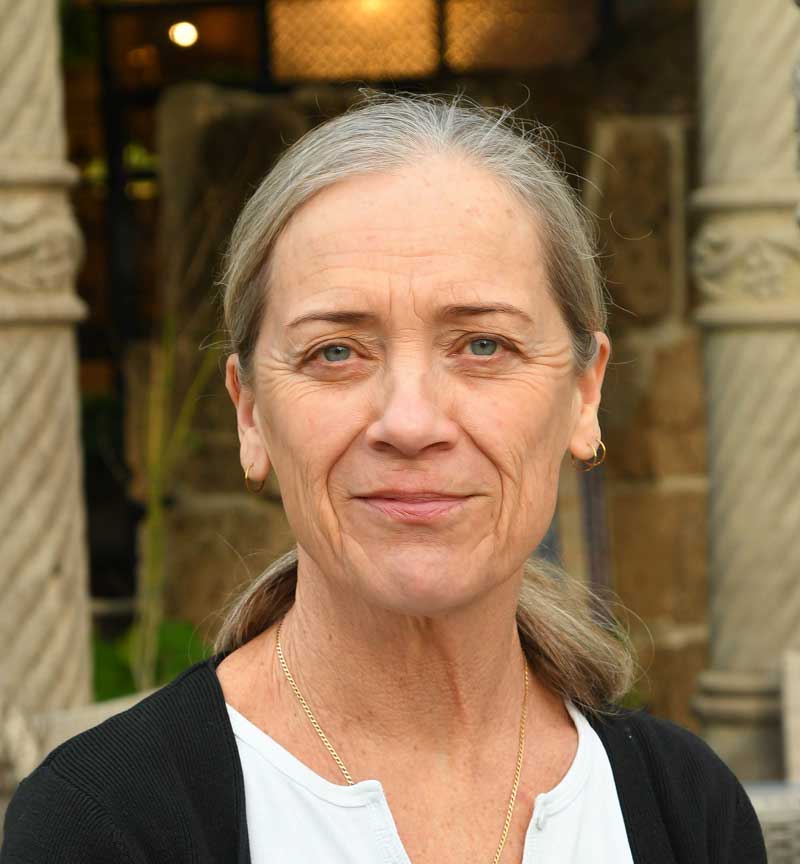 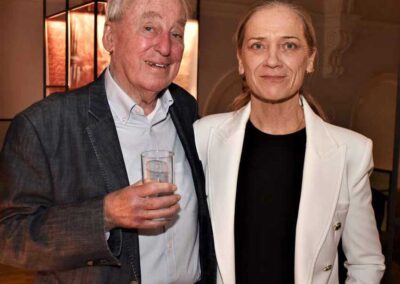 Maurice Manning, Chancellor of the National University of Ireland and Miriam Farrell Shtaierman, editor of love letters of her parents Brian Farrell and Marie-Therese Dillon 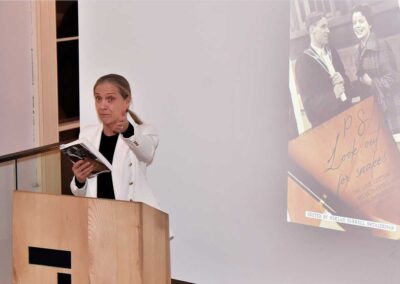 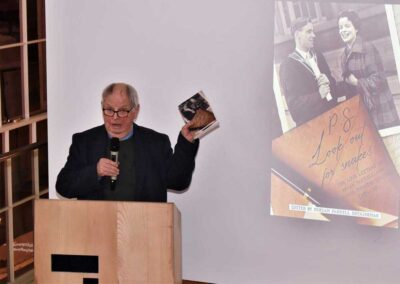 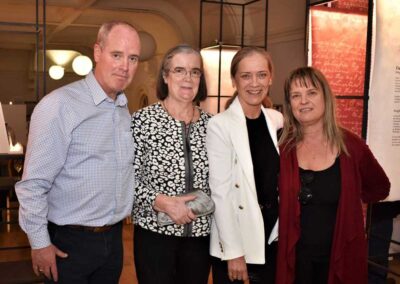 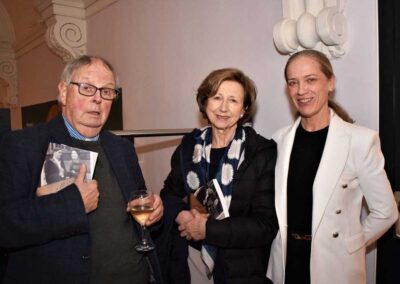 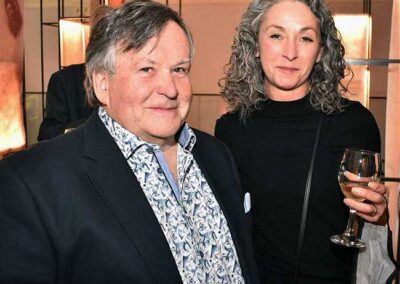 Kieran Fitzgerald and Melissa Teodorini at the book launch in MoLI, the Museum of Irish Literature Dublin Ireland 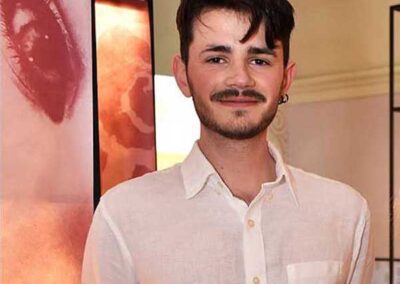 Theo Dillon at the book lauch in MoLI, Dublin Ireland. 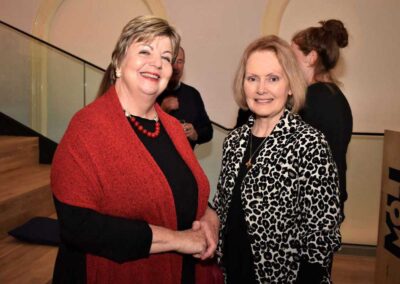 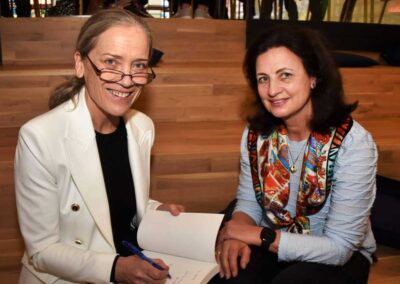 Miriam Farrell-Shtaierman signs books at the launch of P.S. Look out for snakes

‘In 1954, Brian Farrell and Marie-Thérèse Dillon were engaged but, like many young people of the time, they had no money,’ wrote Maurice Manning, Chancellor of the National University of Ireland in his preface for ‘PS: Look out for snakes, the love letters of Brian Farrell and Marie-Thérèse Dillon’. ‘Jobs in the academic world, to which Brian aspired, were very scarce. Brian won a scholarship to Harvard, the first step on what became a successful academic career but it also meant a long separation from Marie-Thérèse. This book, based on recently discovered letters, is the story of that separation. It is a love story.’

One of the most respected broadcasters of his generation, Brian Farrell was known for his ground-breaking current affairs coverage on Irish national television. Earning a position as a Masters degree candidate at Harvard, he corresponded almost every day with his then fiancée Marie-Thérèse , and their letters as compiled by their daughter, Miriam Farrell Shtaierman, were launched recently as a new book at MoLI, the Museum of Irish Literature in Dublin Ireland by Dr Manning.

“This book is a love story and that may lead in this world to sniggers, but love stories are part of the finest literature and some of the best books ever written,” said Maurice Manning when he launched the collection of letters. “This book is written in that genre, warmth and sheer longing in the book, all of which is captured in these letters.”

PS: look out for snakes’ is available in paperback from Irish bookshops and from all major international online bookshop websites. Email info@katouniapress.com or see KatouniaPress.com.