Irish Times Review of PS Look out for snakes 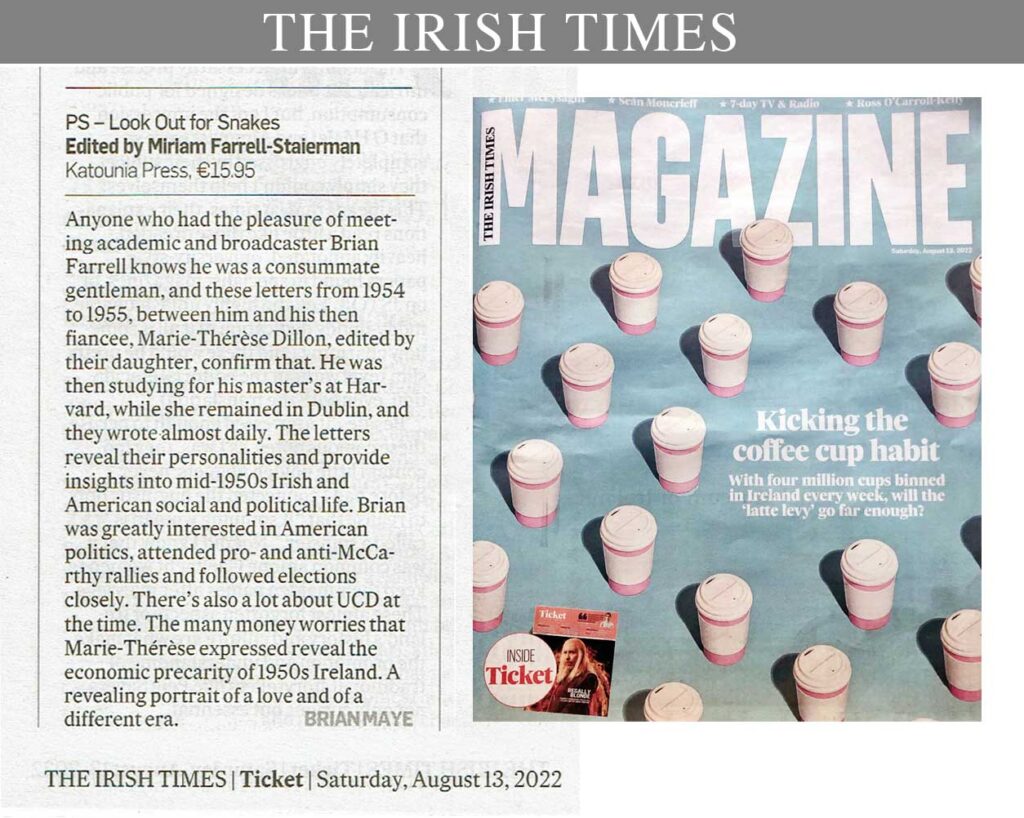 This week PS Look out for snakes was reviewed in The Irish Times by Brian Maye. Read the full text below:

Text of the review, by Brian Maye:

Anyone who had the pleasure of meeting academic and broadcaster Brian Farrell knows he was a consummate gentleman,  and these letters from 1954 to 1955, between him and his then fiancée, Marie-Thérese Dillon, edited by their daughter, confirm that. He was then studying for his master’s at Harvard, while she remained in Dublin, and they wrote almost daily. The letters reveal their personalities and provide insights into mid-1950s Irish and American social and political life. Brian was greatly interested in American politics, attended pro-and anti-McCarthy rallies and followed elections closely. There’s also a lot about UCD at the time. The many money worries that Marie-Thérese expressed reveal the economic precaricy of 1950s Ireland. A revealing portrait of a love and of a different era. BRIAN MAYE