From the archives: Daffodils 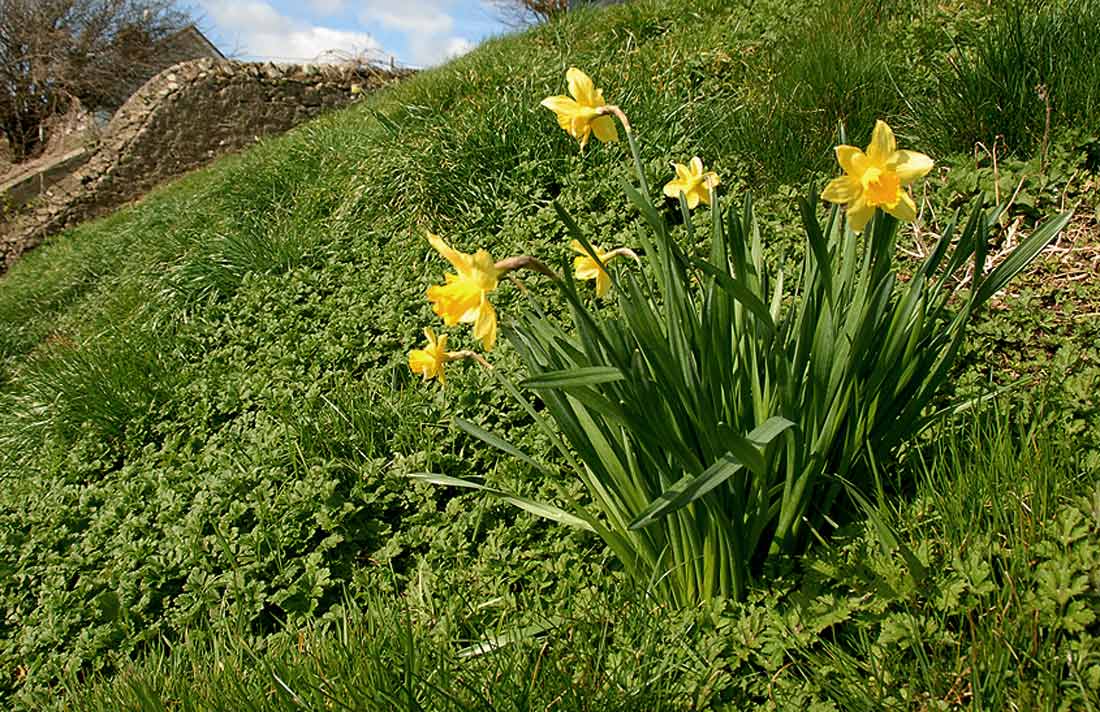 [Author’s Note: This little piece was composed some ten years ago for the Sunday Independent, in the wake of the banking implosion, and was duly censored by the legal team, as being possibly offensive to Mr. Denis O’Brien. But I think I will take a chance on that now.]

Now I want at the outset to set the record straight once and for all. Let me make myself perfectly clear. I have not accepted one red cent from Mr. Denis O’Brien – not now, not ever. This misunderstanding may have arisen from a perfectly innocent incident, which has been given undue and tendentious coverage in the media, and blown up out of all proportion, where I happened to be having a game of golf in Albufeira, Portugal, with some old friends, including Mr. Boris Bonski, of Sofia, Bulgaria, who is a particular friend of mine, and Mr, Juan-Martin Lopes de Vega, a local businessman, who happens also to be acquainted with Mr, O’Brien. It is true that after the game, we were joined briefly in the bar by Mr O’Brien, and some pleasantries were exchanged. It is in no way strange that he was there, after all, as he happens to own the place.

I have no exact recollection as to what was discussed, but I can state categorically that no mention was made of any proposed investment by me or Mr. Bonski (who is an eminently respectable Bulgarian businessman) in an adjacent hotel and apartment complex. Suggestions to the contrary in certain sections of the media are unworthy and irresponsible, and I have referred them to my legal team.  The meeting in the bar was in fact a complete coincidence, and was a purely social occasion.

Now that I have laid that matter to rest, let me turn to something completely different.  It has come to my notice, on my return from  wintering (on my doctor’s recommendation) in the Cayman Islands, that this island of ours is seriously infested with daffodils. They abound in people’s front gardens. They line the verges of our main roads. They form a major part of most floral displays. To many they may seem a cheering feature of life, a welcome sign of spring and of new hope, as they turn their happy, smiling, yellow or white faces to the sun.

But that is precisely the problem, in my view. These plants are actually noxious weeds, which are infesting our public spaces, and they are subversive of good order, in that they tend to induce in unthinking persons a spurious sense of optimism and hope.  Perhaps, they seem to say, things are not so bad as they sound, all these telephone numbers of debt cannot be real. It is just funny money, and will melt away when the sun comes out, and the dear old earth warms up again. And besides, whoever incurred these debts, and spent this imaginary money, it certainly wasn’t us, so we shouldn’t have to pay it back to those faceless financiers who lent it irresponsibly in the first place. 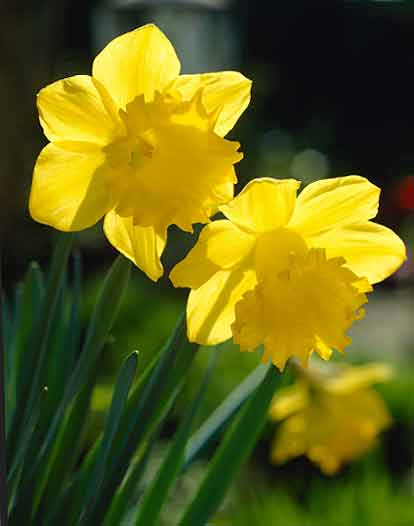 That seems to be the message of the daffodils, as they wave at us cheerily from the edge of the motorway. But it is just this, I would suggest, that constitutes their pernicious influence. It is quite misleading to suggest that just because you, the little people, did not personally run up these debts, you should not be required to pay them back. On the contrary, it is precisely you who must pick up the tab when the great and good of this world get things wrong — as, it must be admitted, owing to circumstances beyond our control, we sometimes, regrettably, do.

Great minds, after all, cannot be required to conform to the bourgeois norms of behaviour that are quite properly expected of the general public. That would be a grave inhibition of the creativity and enterprise so necessary for the advance of capitalism. We must be allowed to follow our instincts and impulses wherever they may lead us. Very often, they lead to substantial profits, from which something always trickles down, one way or another, to those of you who are not so fortunate or so gifted by nature, through the support of high-class restaurants, car dealerships, golf and yacht clubs – and of course, for we must not forget the fairer sex, boutiques and hairdressing salons of suitable quality.

The benefits accruing, then, when things go right, are very substantial, and accordingly, when some temporary misfortune occurs, as has been the case recently, we must learn to take the rough with the smooth. It is perfectly proper, in my view, that these financial burdens should be spread about widely, and that all ranks of society should be required to tighten their belts. After all, what most of you are being asked to pay would not amount to more than many of us would have spent on a good dinner party in Patrick Guilbaud’s, or a golfing trip to South Africa. One must observe some sense of proportion here.

And that is why I object to daffodils. `They seem to say to us that all will be well, these sorrows will pass, and that perhaps we will wake up one fine morning soon and discover that it was all a mistake, and we do not owe these sums of money at all.  On the contrary, anything that fosters such an illusion should be rooted out, as a pernicious weed. The truth that we must face is that most of you will be paying for the miscalculations of the great ones of the earth for the rest of your natural lives, while some of us will have to reside quietly on the coast of Portugal, enduring the Atlantic gales, for a number of years yet, until things look up again – for us, that is; not, I fear, for you.