Essay: introduction to The Lockdown Papers 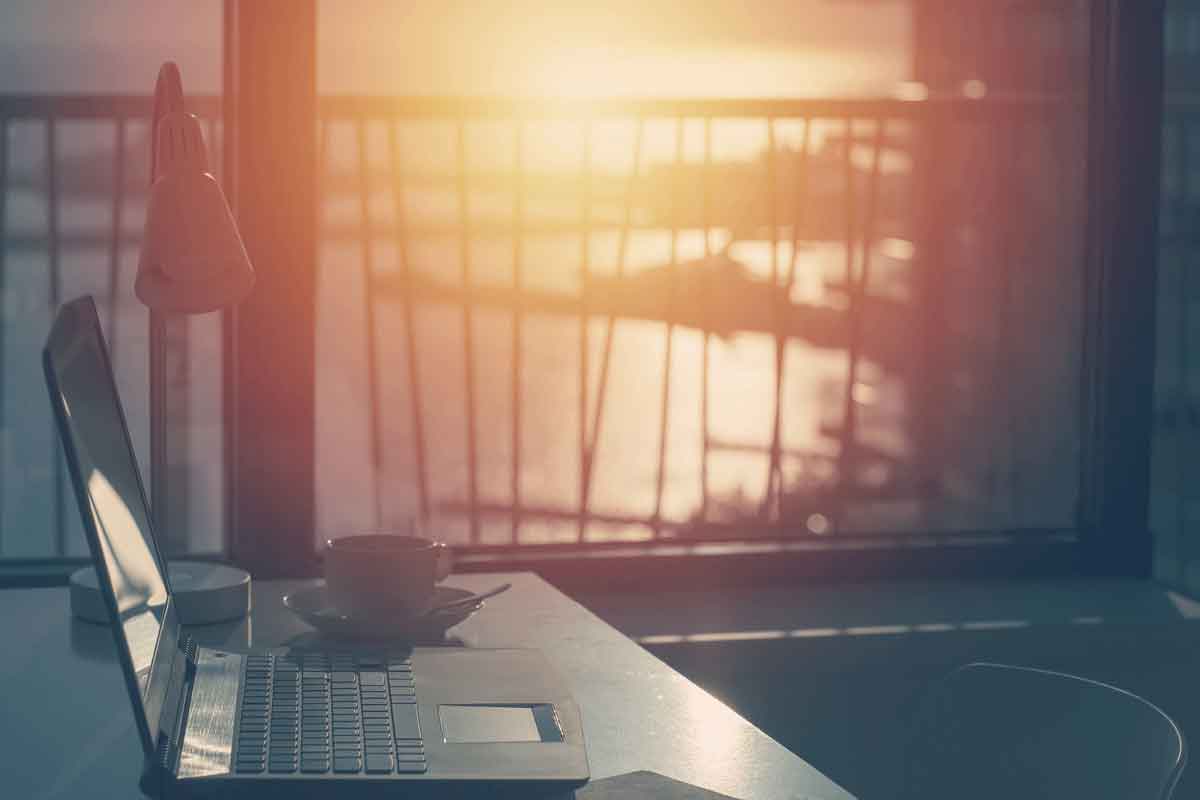 I always wanted to be a ‘writer’ – that is to say, a rather louche character with long, straggly hair, a mauve smoking jacket, a cigarette holder, and perhaps a sultry mistress, based preferably somewhere on the Riviera, or possibly one of the smaller islands of the West Indies. Fate – along with some discreet nudging by my father – decreed that I become an academic instead. Nonetheless, over the years I have from time to time, either provoked or unprovoked, indulged in literary or journalistic experiments of one sort or another, and I thought, at this late stage of my career, that it might be worth gathering some of them together, if only for my own amusement.

In a way, this may be seen as a gentle riposte to my father. I can recall him declaring, when, in 1961, in my early twenties, on the heels of a rather expensive and elaborate education, I declared my preference for turning to creative writing, that it was a very precarious and stressful calling, and that I might well end up “like that poor fellow Joyce” (he had had occasion to call on James Joyce when he was in Paris as a post-doctoral student of Indo-European philology in the mid-1920s, and had found Joyce’s life-style and living conditions rather depressing, as indeed they were).

There is in fact every chance that I should not have succeeded as a creative writer, and would have ended up in a garret somewhere in Dublin, propping up the bar in Neary’s, and grumbling to anyone who would listen about the lack of discernment and irremediable philistinism of the general public, which had failed to accord me due recognition. As it is, I have been able to disregard the general public to a very large extent, and to concentrate, from a series of safe havens, on a reasonably appreciative ‘elite’ (a much abused term, in my view!) of sympathizers with Plato and Platonism, while attaining a modest level of recognition and security, and I really cannot quarrel with that.

As far back as my time in Addis Ababa, however, I toyed with the composition of a rather avant-garde novel, entitled The Game of Chess, but it never came to very much. The novel I finally composed about my time there, The Scent of Eucalyptus, came to fruition much later, in 2006. It took a heart attack, in early 1995, and the subsequent recuperation from that, for me to complete it. The title was published by a small academic press, the University Press of the South, in New Orleans and in 2019, a revised second edition was published by 451 Editions in Dublin.  The new edition is now available by order from most Irish bookshops, and online from all major book retailing websites.

I have also, however, been fortunate enough to be able to indulge my penchant for what might be called creative journalism from time to time. This I did in Oxford, when I was an undergraduate there in the late 1950s and early 1960s, and in the U.S., when I was teaching in the University of California at Berkeley during the 1970s.

In Oxford, it happened that my old friend Auberon Waugh (with whom I had also been at school in Downside) became involved in 1960 in the Oxford literary magazine Isis whereat he roped me in to contribute occasional short stories and other squibs. I also, in the same period, wrote a number of stories for the university newspaper, Cherwell, then edited by my friend Nicholas Leonard, who was beginning his distinguished career in journalism.

In Berkeley, where I taught Classics in the University of California from 1966 to 1980, I became quite friendly with the novelist and short-story writer Leonard Michaels, who taught at the time in the English Department, and wrote a column for The San Francisco Review of Books, entitled ‘The Western Spy’. When Lenny got tired of this column, he bequeathed it to me, and I carried it on for a few years, till I in turn got tired of it. I also wrote for a Berkeley journal, University Publishing, chiefly about books.

For these “lockdown papers”, however, I have selected predominantly journalistic work published after I returned to Ireland, from the 1980s onwards.  The exception to this is a couple of articles that I wrote when in Ethiopia during the years 1961–63. One is an interview I had with Jomo Kenyatta (then, as I recall, Minister without Portfolio in a sort of interim administration), when on a visit to Kenya with a friend in the summer of 1962. The second is an account of a visit to the exotic city of Harar, once home to the poet Rimbaud.

Back in Dublin in the 1980s, after returning to Trinity College to take up the position of Regius Professor of Greek, I was introduced by my friend, Nicholas Leonard (see above), who was furthering his career as an journalist at the time as London editor of the Irish Independent, to his boss, Aengus Fanning, and Aengus got me to write a few feature articles for him on various topics of the day. When Aengus was promoted in 1984 to be editor of the Sunday Independent (in which capacity he became, in my view, one of the great Irish newspaper editors of recent times), he took me along with him, again as an occasional contributor of generally satirical pieces on issues of the day.

This relationship continued, on and off, for a period of over twenty years until his much-lamented death in January 2012, and produced quite a body of work. The results of this are inevitably a series of somewhat ephemeral pieces, but since they are always reflections on subjects of the day, they can be seen as a sort of commentary on the history of the period, and, as such, may still be of some interest. The headings are uniformly the work of a sub-editor (even when I ventured to suggest one, it was gently brushed aside), but I have left them in, as they are generally pertinent, and often witty.

I toyed with the provision of short headings or footnotes to elucidate the obscurities of some of the characters and incidents dwelt on in many of the pieces. On reflection, I decided that any sort of background details would be in danger of taking up almost as much space as the essays themselves, and the interested reader can always have recourse, in this day and age, to Google or Wikipedia. 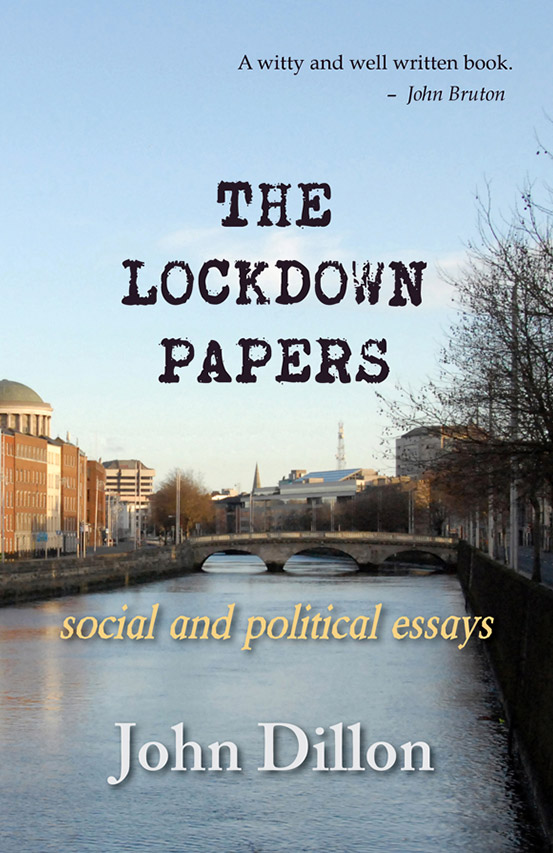 I note, with a certain grim satisfaction, that while my articles offered a series of solutions over the years to certain chronic ills of our state, virtually none have been acted on, leaving the problems I adverted to still remaining to be solved. I think particularly of the scandal of insurance claims and legal costs generally, about which I have something of a bee in my bonnet.

The peak of my activity occurred in the late 1980s and early nineties, when the late C.J. Haughey was dominating the political scene, and heading for a fall, only to be succeeded, after some upheavals, by the inimitable Bertie Ahern, so that many pieces reflect the excitements of that era. I have also included a small selection of letters written to the Editor of The Irish Times over the years.

The title of this collection, The Lockdown Papers, derives simply from the fact that the COVID-19 lockdowns of the Spring and Winter of 2020, while in many ways tedious and depressing, also provided time for going through archives and attempting to put some shape on one’s life. I realised suddenly that I had time to compile the paperwork for a collection of these essays, which, as a journalist friend once remarked to me, sadly, would otherwise simply provide wrapping for tomorrow’s fish and chips.

As it is, given the unexpected opportunity to compile them into a book in 2020, they may live to see another day.