Essay: Cruising On The Danube – some BREXIT reflections 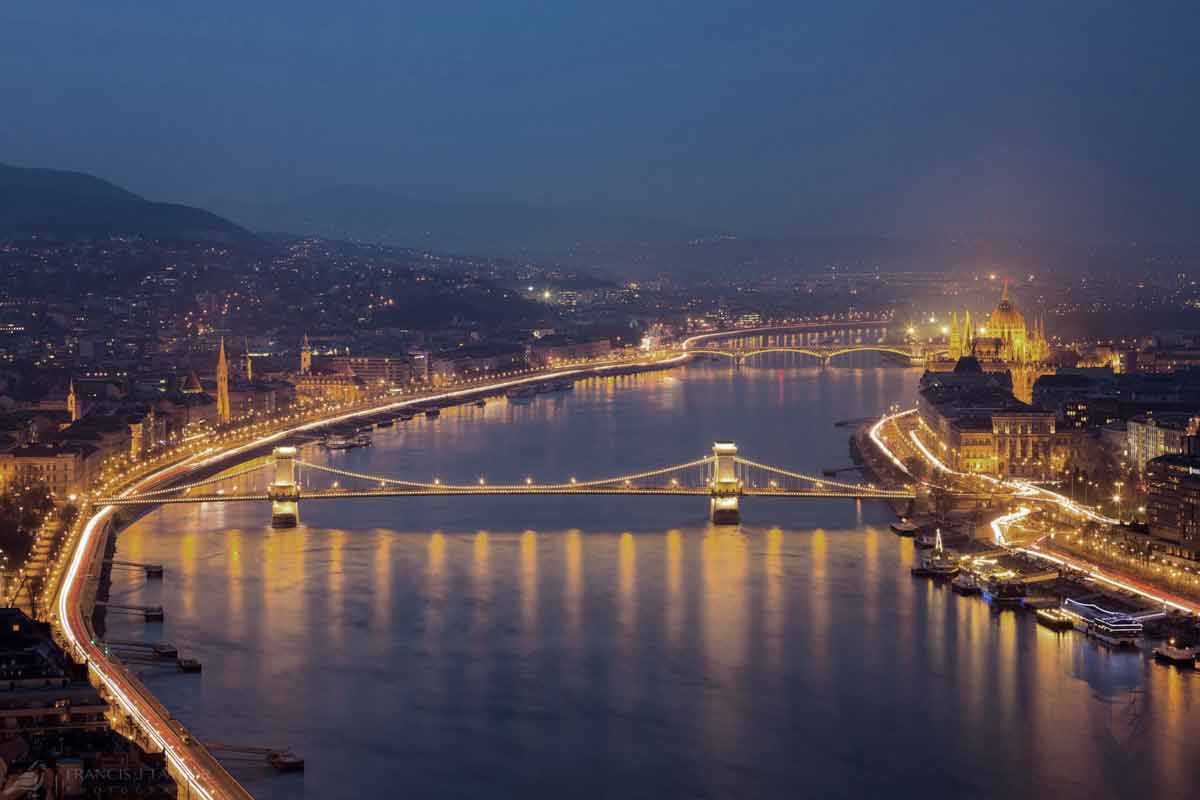 The Danube is a mighty river, and one suffused with history. We had the pleasure of taking a cruise on it for a week at the end of April and beginning of May 2019, on the very hospitable and efficient MS Amadeus, run by Danube Rhapsody River Cruises. But it is not a travel article that I wish to compose in the present instance; instead, under the shadow of Brexit and the antics of Boris the Bouncing Turk (because we must bear in mind that Boris is a Turk – that is why he is so aggressively British!), I am moved to compose a meditation on what the European Union means, in the context of the troubled history of that region – the many countries through which the Danube flows, on its journey from the mountains of Southern Germany to the Black Sea.

I cannot say that, in embarking on this journey, we were intent on anything more than pleasant and mildly educational relaxation, but what transpired was considerably more than that. Even driving across Bavaria, from the airport in Munich to meet up with our boat in the lovely little town of Passau, provided food for thought. As we drove through the countryside, we noticed, in contrast to the overcrowded fields of the Irish countryside, a strange lack of animals – not a cow, pig, goat or sheep to be seen. Instead, many fields were carpeted with solar panels – very virtuous and ecological, of course, but where were the animals? I suspect that in fact they were packed away in massive sheds, out of sight, and far removed from the sun that was beating down on the solar panels!

But this reflection is incidental to my main purpose. Once in Passau, after we had admired the delights of the mediaeval town, we embarked on our boat, and headed downstream to our first port of call, which was Vienna. Now the passage from Passau to Vienna is hardly a momentous one in modern terms – Germany and Austria have not been at odds, or cut off from one another, for some time now – but even so, one is moved to historical reflections. If we focus on even the last couple of centuries – back to around 1800, let us say – we can appreciate the difficulties, administrative and otherwise, whether in time of war or peace, involved in journeying from Passau to Vienna in any period prior to the establishment of the European Union by the Treaty of Rome in 1957 (though indeed Austria only joined the EU in 1995, having previously been a member of EFTA – but at least it was not at war with Germany!). As it was, the boat simply pulled up at a berth on the river, and in due course we took a chartered bus into the centre of town, and then to the Schönbrunn Palace – itself a monument to the troubled history of Europe! But there was no real indication here that one had passed from one country into another.

Again, when one sails on from Vienna to Budapest, one might reflect (as I certainly did) on the difficulties that might have attended such a journey, had it even been possible, before the Iron Curtain came down in 1990 – or indeed at any time before Hungary joined the EU in 2004. Of course, as we journeyed round the glorious sights of both Buda and Pest – along with a most interesting excursion into the interior of the Great Hungarian Plain, or Puszta, in search of the training stables of the Lippizaner horses – we were regaled with much more history than that of the previous seventy years or so, and most of it involved wars and invasions (including that of the Hungarians themselves, from the steppes of Central Asia, but also of Turks, Germans and Russians), resulting in sieges, sackings and slaughter. It really brought it home to one what an extremely troublesome and contentious part of the world Europe has been for most of its history – indeed, ever since the Romans bowed out in the fifth century A.D.

Our other side-excursions, not so much to the delightful artists’ colony of Szentendre, just up river, but rather, following on that, to the great fortress of Visegrad, towering over the Danube (with splendid views, but that as not why it was built!), and finally to the ancient capital of Esztergom, where the fine cathedral was built on the site of a previous one sacked by the Ottomans, served to drive home to us the dominant nature of this history. And as if to emphasise how different things have now become, before we rejoined our boat, further up the river, our driver, just to amuse us, drove across a bridge, and took us briefly into Slovakia, just to look around.

If one checks back a bit in history, one finds that Hungary treated the Slovaks very badly, trying to deny them an identity, and generally messing them around, and no doubt memories of this remain, but for us, as tourists, there is now no problem at all in passing from one state to the other. The next morning, we found the boat docked at the Slovak capital Bratislava, very much in the centre of town, and we enjoyed a fine city tour, starting with the Castle, at the top of the hill round which the city is built, and then down again into the Old Town, which has been well preserved, and indeed much restored since the change of regime.

Our last port of call, on the way back to Passau, was the grand old city of Linz, currently the capital of Upper Austria, but boasting a history that goes back to the Romans. Hitler cherished it as his home town, and had plans to retire there after he had fully established the Third Reich. His plans for a massive Führermuseum, to celebrate his achievements, were never realized, but he did manage to restore a number of buildings. And so back to Passau, and then to Munich, having come upon on no boundaries or border posts whatever, such as to demand the production of a passport, or any sign of identification.

It is against the background of a journey such as this that I turn to meditate briefly upon the imminence of Brexit, brought on as it is by a mixture of nostalgia for Empire, and contempt for johnny foreigners, on the part of a mixture of elderly Colonel Blimps and juvenile football hooligans, and an intolerance of European regulations, such as tend to limit shady financial dealings and guarantee workers’ rights and environmental standards, experienced by a range of shadowy financiers and other assorted cowboys, who are also in a good position to bankroll such patriotic movements as the Leave campaign, while commissioning clowns like Nigel Farage to be their front men.

I am not just making wild unsupported allegations here, I believe. Has anyone heard, for example of the redoubtable Arron Banks, millionaire owner of various shady insurance and other companies, mainly based in Gibraltar or the British Virgin Islands, and good friend of the Russian Ambassador (his wife Ekaterina is Russian), who is one of the founders of UKIP and of the Brexit campaign, and contributed fully £7 million to the cause? The British Government under Mrs. May actually instituted an investigation of his affairs, but under Boris’s rule this investigation was dropped. This money from Banks made a great difference to the effectiveness of the Leave campaign, and successfully bamboozled hordes of honest British workers to vote against their own interests, by blaming their troubles on unspecified foreign immigrants and EU restrictive regulations.

And this brings us back to Boris the Bouncing Turk himself. The irony seems to be that Boris, despite the mileage he derived as a journalist from slagging the EU and its bureaucrats, did not really want to leave Europe: he simply wanted to cut a better deal, by indulging in a bit of bullying. But then he saw the way the wind was blowing, and that by judicious blustering and bombast he could succeed in upstaging the floundering Mrs. May, and actually realise his ambition of becoming Prime Minister of the United Kingdom, so he went for Brexit full gallop, his mane blowing in the wind. 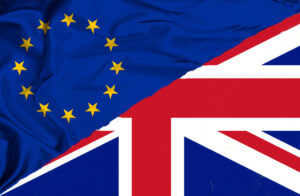 Waving flag of Ireland and EU

How often, I ask myself, have game-changing political decisions been based on premises such as this – from Pericles starting the Peloponnesian War, to Caesar crossing the Rubicon, to Napoleon invading Russia, to Hitler muscling in on Poland; something just presenting itself as a jolly good idea, or even master-stroke, at the time, and one went for it!  Even if this Brexit caper is historical tragedy repeating itself as farce, it is serious enough in its probable consequences. If the UK appears to get away with this, and somehow prosper, such regimes as those of Hungary and Slovakia will not be far behind; and that will put an effective end to our jolly cruises on the Danube! So, much as I sympathise with the plight of my many English pro-European friends and relations, I devoutly hope that Boris and his cronies fall flat on their faces after the first six months of their adventure, and have to come crawling back to the bosom of modern Europe. As things stand, they are in danger of leading us back to the bad old days.