An Irishman In Addis Ababa 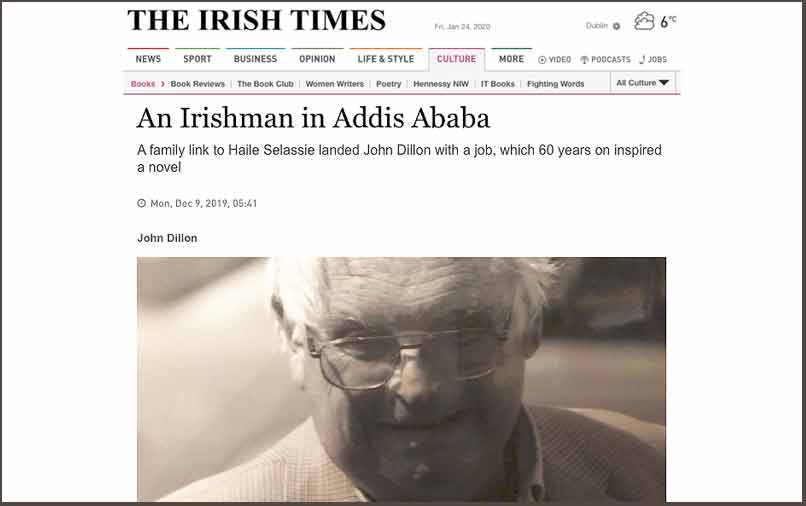 Read the original review on the Irish Times website here

In the autumn of 1961, after graduating from Oxford in the summer with a rather unsatisfactory degree in Classics (a Second in Lit. Hum. which should have been a First), I headed out from Ireland to Ethiopia, to take up a position as Senior English Master in the English School, Addis Ababa.

This démarche demands some explanation. First of all, I think now that I was to some extent burned out by an intensive year of preparation for my exams in Greats, made the more necessary by a certain degree of goofing off in the previous years, when I was writing quite extensively for the local publications, the Cherwell and the Isis, as well as working on an ultimately abortive novel.

The literary figures with whom I had been associating, from my old school chum Auberon Waugh on the right wing to Michael Horowitz and Perry Anderson on the left, with the (then) poet Mario Rinvolucri in the middle, made a literary career look a great deal more attractive than an academic one – business, I’m afraid, was never a runner at all. When Mario announced that he was going off to Greece to teach English and write, some effort at one-upmanship seemed indicated. I recalled that I had a relative, a second cousin of my father’s, Sir Charles Mathew, in Ethiopia, serving as a legal adviser to the Emperor Haile Selassie, and I wondered if he might be able to help me in finding a teaching job out there.

Charles was an interesting man. He had been in the British colonial service for the whole of his career, ending up as Lord Chief Justice of Malaysia, after a stint as Lord Chief Justice of Tanganyika (during which he had befriended the young Julius Nyerere), but back during the war, he had been deputed to liaise with Haile Selassie, when the emperor was languishing in exile in Somerset, and they had got on well. Now, many years later, in the late 1950s, the emperor had got back to him, wondering if he would like, on his retirement from the Colonial service, to come to Addis for a while to act as his legal adviser and help to reform the courts system. This proved an attractive challenge, and Charles took it up.

When I wrote to him in the summer of 1961, he was contemplating retirement, but still actively engaged in developing a law code for Ethiopia. He wrote back to me that I was in luck, as the senior English master at the English School (founded just after the war by his old friends Brigadier and Mrs Dan Sandford, and now run by their daughter Eleanor and son-in-law Leslie Casbon) had died while on holiday in Cyprus, and there was consequently now a vacancy, which I would be welcome to fill. 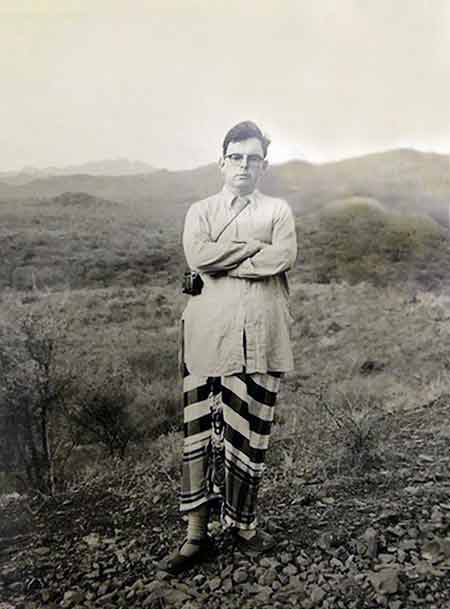 So I jumped at that, no doubt to the great distress of my parents – who, however, despite their investment in a rather expensive education for me, bore up very well. The rest is history, as recorded in somewhat embellished form, in my novel The Scent of Eucalyptus.

It is a reasonable question why I felt that I had to compose a novel based on this episode in my life, as opposed to simply writing a memoir. My response to that is twofold. On the one hand, there were certain aspects of life in Addis that one would not want to set in front of one’s granny (unless she was a very dirty-minded, boozy and fun-loving old lady), but which seemed worth recording nonetheless; and on the other hand, one’s life there, while enormously entertaining, really lacked a strong story-line or plot.

One carried on from day to day; one travelled, during the school holidays (including a rather wild drive down to Kenya and back with a friend – who constitutes one aspect, at least, of Simon Blakeney in the novel – in the summer of 1962, but also a most interesting safari up to Gondar and Axum the previous winter; and then one left – rather regretfully, but mindful of the advice of old Africa hands, that “if you hang around here more than two years, you’ll find you can never leave!”

The result, then, is a work of fiction, with, in its background, a somewhat melodramatic plot, though one that, I hope, serves to highlight the fact that, beneath the surface of expat existence in Haile Selassie’s Ethiopia, life had a distinctly darker side, which foreigners could on occasion fall foul of – though I, happily, did not.

I can only hope that the resulting farrago proves to be of some interest to someone!

See more about The Scent of Eucalyptus here.