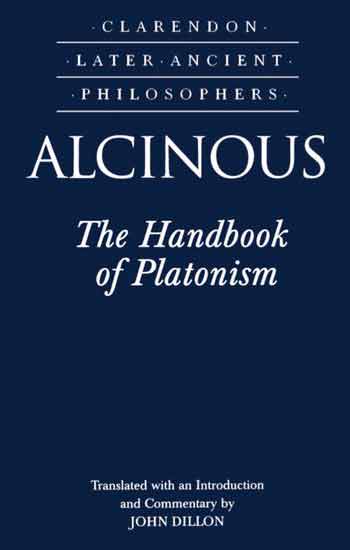 The Handbook of Platonism or Didaskalikos, attributed to Alcinous (long identified with the Middle Platonist Albinus, but on inadequate grounds), is a central text of later Platonism. In Byzantine times, in the Italian Renaissance, and even up to 1800, it was regarded as an ideal introduction to Plato’s thought. In fact it is far from being this, but it is an excellent source for our understanding of Platonism in the second century AD. Neglected after a more accurate view of Plato’s thought established itself in the nineteenth century, the Handbook is only now coming to be properly appreciated for what it is.It presents a survey of Platonist doctrine, divided into the topics of Logic, Physics, and Ethics, and pervaded with Aristotelian and Stoic doctrines, all of which are claimed for Plato.

John Dillon presents an English translation of this work, accompanied by an introduction and a philosophical commentary in which he disentangles the various strands of influence, elucidates the complex scholastic tradition that lies behind, and thus reveals the sources and subsequent influence of the ideas expounded.